Symptoms can be separated into a few categories 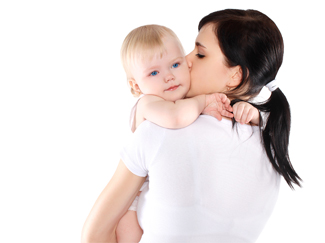 Find out if you are at risk - get tested

What are the Symptoms of Fragile X Syndrome?

Symptoms of fragile X syndrome can be separated into a few categories, intelligence and learning, physical, social and emotional, speech and language.

Babies with fragile X syndrome will have no symptoms at birth. Symptoms will manifest by the age of two years in the form of developmental delays such as taking longer to sit alone, walk or speak clear words. Individuals with fragile X syndrome have impaired intellectual function that affects their ability to think, reason and learn. Their IQ will be somewhere between 40 and 85, which is considered to be mild to moderate levels of mental impairment.

Many infants will also have no distinctive physical features apart from soft, velvety skin, a broad forehead or a slightly larger than average head. Physical symptoms start developing usually around the age of 11 as these children enter puberty. These include longer face, prominent forehead and chin, protruding ears, short stature and enlarged testicles. They also have flat feet and hyper-flexible joints due to weak connective tissue. Weak connective tissue can lead to other complications such as hernias, frequent ear infections and heart murmurs.

Children with fragile X syndrome, especially boys, feel higher social anxiety that keeps them from being social. Anxiety may show up as fast, choppy speech or lack of eye contact. Boys with fragile X syndrome tend to get upset more easily. They also experience sensory overload, when new places or people can overwhelm them easily. These boys are not as receptive to changes in routine and can throw tantrums that may become extreme in adolescents with rising hormone levels. Social symptoms are milder in girls, which include being uneasy around strangers and trouble making friends.

Language issues in these children can vary from mild to severe problems in basic language skills. Girls with fragile X syndrome rarely have severe language issues, however, they have difficulty trying to express themselves and they struggle with receiving and processing spoken information. Boys stutter or leave sounds out of their words and tend to repeat themselves often, ask the same questions or restart the same sentence. They are unaware of conversational ‘clues’ such as facial expression, tone of voice and body language. Most children start talking late, sometimes as late as the age of six or eight, and there is a proportion that remains nonverbal throughout life.

Children with fragile X syndrome are also more prone to specific medical conditions: ear infections that can result in hearing loss, mitral valve prolapse or a heart murmur due to weak connective tissue, hernias, depression, scoliosis and strabismus or the lazy eye. Approximately 20% of children with fragile X syndrome will experience seizures that can disappear by adolescence with successful treatment.